Realme’s string of smartphone launches continues as the company unveiled another device, this time targeting the affordable flagship range. The Realme GT Neo 3T offers some upgrades compared to its predecessor GT Neo 3 (review). However, looking at the specs on paper, the Neo 3T seems to mimic last year’s Realme GT Neo 2 (review) in more ways than one. Both smartphones have the same Qualcomm Snapdragon 870 SoC, 6.62-inch 120Hz E4 AMOLED panel, 5,000mAh battery and 64MP triple camera setup. So is the Realme GT Neo 3T just a repackaged version of the Neo 2? let’s find out

The Realme GT Neo 3T might look like a repackaged GT Neo 2 with slightly faster charging capabilities, but it remains an excellent choice. It needs some improvements in the camera department but otherwise offers an all-round experience and deserves a closer look.

What is the same

Both the GT Neo 2 and Neo 3T have almost identical design elements, right down to the camera body layout. The difference lies in the back, with the new phone sporting a racing flag design on the back instead of the former’s monochromatic color scheme. Everything else, like the USB Type-C port, SIM card tray and speaker grille on the bottom, volume rockers on the left, and textured power button on the right, are positioned the same on both devices. You would have a hard time not confusing one phone with another. Having said that, I had appreciated the hand feel of the GT Neo 2 at the time and my feelings remain the same for the GT Neo 3T. 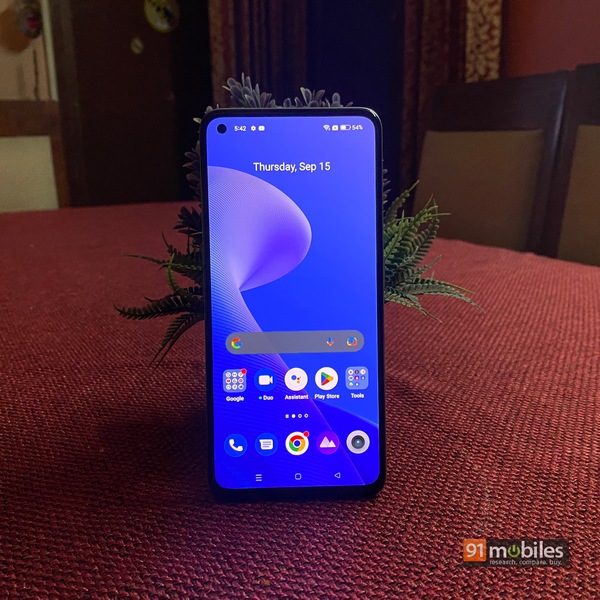 Speaking of the display, both phones have the same 6.6-inch E4 AMOLED panel with FHD+ resolution, 120Hz refresh rate and up to 600Hz touch sampling. Brightness levels are the same at 1,300 nits, while the display is also HDR10+ compatible and has a contrast ratio of 5,000,000:1. Needless to say, the viewing experience on the Reame GT Neo 3T, like the Neo 2, is satisfying and enjoyable. The bezels surrounding the panel and the positioning of the punch-hole camera also remain exactly the same on both devices. 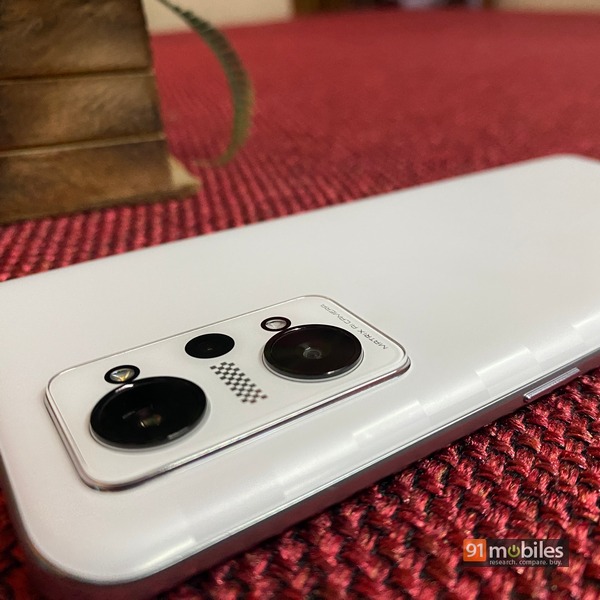 Camera-wise, you get the same 64-megapixel triple camera setup on the rear, consisting of an 8-megapixel ultra-wide and a 2-megapixel macro shooter, while the front features the 16 megapixel selfie camera. With the same optical hardware and ISP (image signal processor), the Realme GT Neo 3T clicks photos with the same quality. As with the GT Neo 2, the detailing, The dynamic range and colors of the images the Neo 3T clicks on are nothing exceptional for the price. Shutter and focus speeds are fast enough for my liking, and the low-light capabilities tend to favor sharp detail over accurate color representation.

The dedicated night mode cannot remedy this very well. Also, the macro and ultra-wide shots are average at best, and the selfie camera has minimal facial over-sharpening. I had previously declared the Neo 2 a decent image capture device and my stance remains the same for the GT Neo 3T.

Qualcomm’s Snapdragon 870 5G chipset handles performance-related tasks on both devices. On Antutu V9.4, the Neo 3T has a score of 707,824 and the Geekbench 5 multi-core result is 2,553. Since it shares the same chipset, the Realme GT Neo 2 results are more or less the same. Both devices also come with 8GB of LPDDR4X RAM and up to 256GB of UFS 3.1 storage. Both phones perform well under sustained loads, capable of playing heavy-duty mobile titles and maintaining internal temperatures. 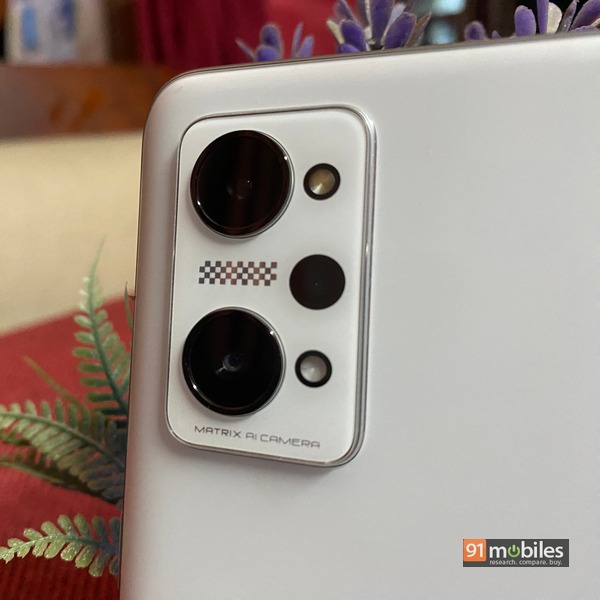 Other aspects related to additional features also remain the same. These include the in-display fingerprint sensor, Dolby Atmos stereo speakers, 5G capabilities and more. The GT Neo 2 was announced with Android 11, although it has now received the Realme UI 3.0 based Android 12 update currently running on the GT Neo 3T. Finally, both devices also have the same 5,000 mAh battery under the hood. 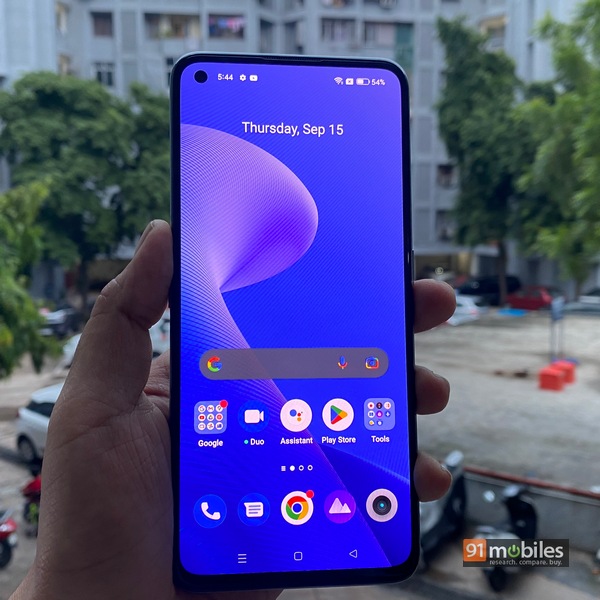 What’s different you ask? Loading speed only. Yes indeed. That’s it. Considering the rear design and not having a 12GB RAM option, the only notable difference is that the new Realme GT Neo 3T charges at 80W, while the Neo 2 requires 65W charging. Now, Realme is making some strong claims about the GT 3T’s charging capabilities. The Neo 3T can do 0 to 50 percent in 12 minutes, while the Neo 2 took around 20 minutes to do the same. A full charge still takes around 30 minutes for the Neo 3T, while the Neo 2 does it in 42 minutes. 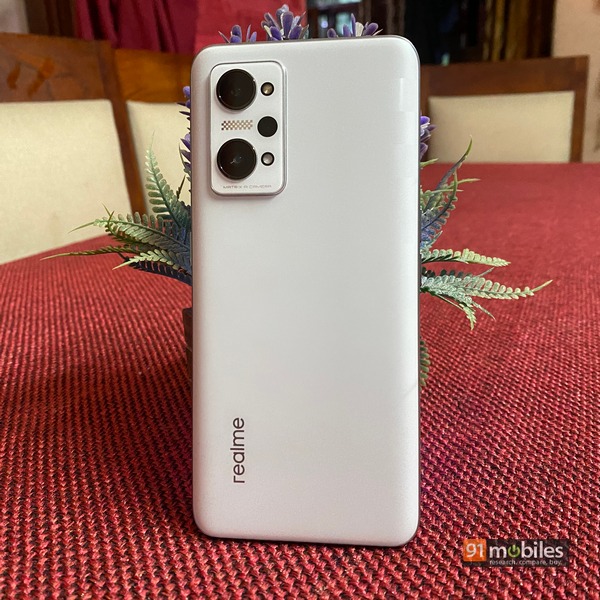 The Realme GT Neo 3T appears to be a repackaged GT Neo 2 with slightly faster charging capabilities. That doesn’t mean it’s a bad phone. In fact, even by today’s competitive standards, the GT Neo 3T is an excellent choice. It doesn’t lack any part of the overall smartphone experience, but it could use some improvements in its cameras. With the GT Neo 3T you get a nimble, well built, efficient and thermally capable machine that will stand the test of time.