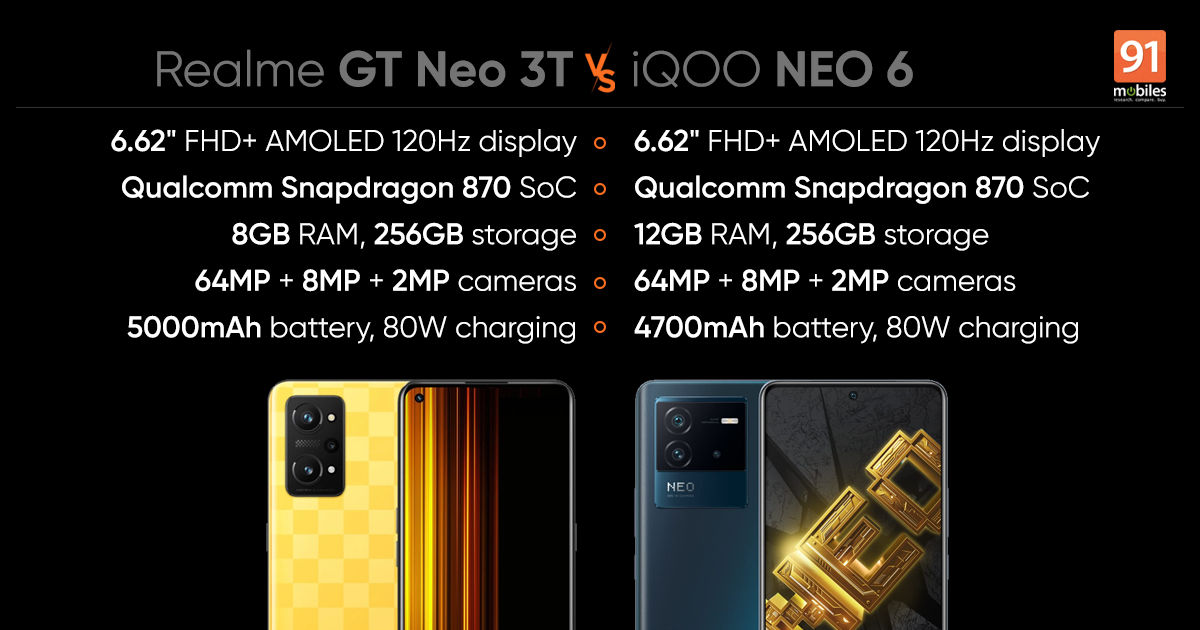 Realme India finally launched a long-awaited premium mid-range smartphone, the Realme GT Neo 3T, on Friday. The smartphone is available at a rather hotly contested price of Rs 30,000 in India, where several exciting options for the premium smartphone buyer have recently been launched. If you are also looking for a premium device to replace your old smartphone, the GT Neo 3T is an interesting choice. With that in mind, let’s take a look at how it compares to a fairly similar offering, the iQOO Neo 6 5G, which also launched in India earlier this year.

Here’s what the two phones offer on paper when they go head-to-head.

Realme GT Neo 3T vs iQOO Neo 6: where to buy them?

The Realme GT Neo 3T is available on the company’s website, Flipkart and other third-party retailers. The first sale of the smartphone begins on Friday, September 23 at 12 noon.

The iQOO Neo 6, on the other hand, is already available for purchase. The smartphone is available through Amazon, third party suppliers and the iQOO India website.

The Realme GT Neo 3T is similar to its predecessor in overall look and design, offering a “sporty” checkered design on the back. The rear camera module is an elongated rectangle stacked vertically, while the front camera hole is on the left. It’s 8.7mm thick and weighs 194 grams. It comes in three colorways – Dash Yellow, Shade Black, and Drifting White – each of which has a patterned back. 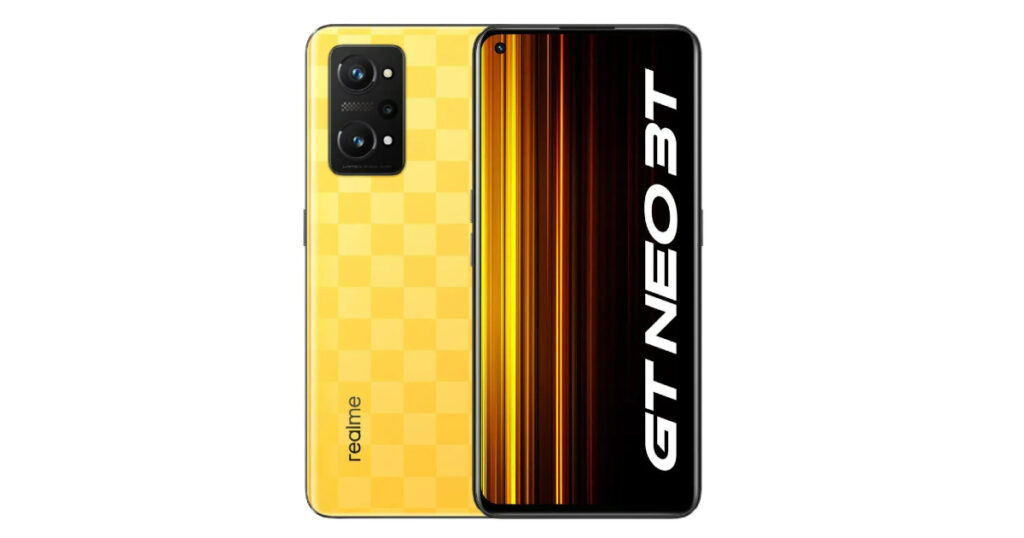 The iQOO Neo 6 has almost the same dimensions as the GT Neo 3T. It gets two color finishes – Dark Nova and Cyber ​​Rage. The camera module is a large square, which makes the device appear rather chunky. The front camera is centrally placed. In terms of dimensions, however, the Neo 6 is marginally slimmer and lighter – measuring 8.5mm in thickness and weighing 190 grams.

Both the Realme GT Neo 3T and iQOO Neo 6 have the same display panels, resolution, refresh rate and overall quality. Both smartphones have 6.62-inch AMOLED displays with a peak brightness of 1,300 nits, a screen resolution of Full HD+ and a refresh rate of 120 Hz. The only difference is that the GT Neo 3T has a Corning Gorilla Glass 5 layer received, while the Neo 6 does without it.

Both smartphones are also powered by the same processor, the Qualcomm Snapdragon 870 SoC, which means that both devices support the 5G network. While the Realme GT Neo 3T comes with a 6GB RAM version and has up to 256GB of internal storage, the iQOO Neo 6 also comes with up to 12GB of RAM. 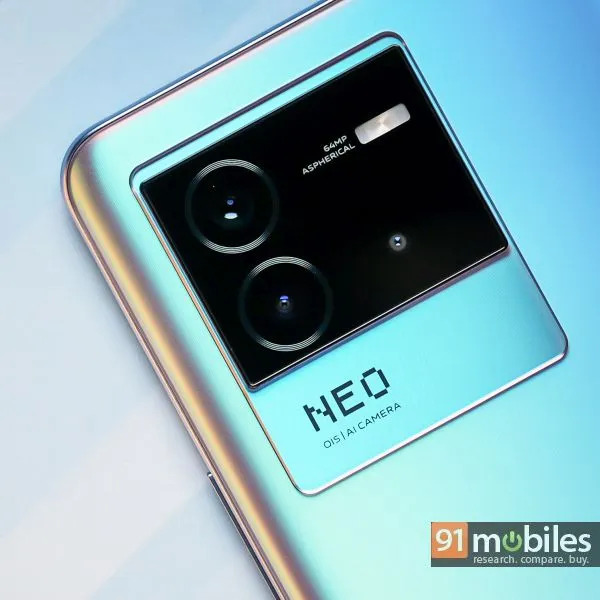 Again, both smartphones are similar. They feature triple rear camera setups topped by 64-megapixel sensors on the main camera. The two additional units include an 8-megapixel ultra-wide camera and a 2-megapixel depth-sensing camera. Both phones have 16-megapixel cameras on the front as well.

Since both phones are also identical, they offer 5G connectivity and no physical 3.5mm audio connection or storage expansion via memory cards. Both phones offer Bluetooth 5.2 and feature USB-C 2.0 connectivity and under-display fingerprint sensors. While the Realme GT Neo 3T has Gigabit-class Wi-Fi 6 dual-band connectivity, the iQOO Neo 6 has standard dual-band Wi-Fi.

As you can see, both the Realme GT Neo 3T and the iQOO Neo 6 offer several similar features. Both feature a 120Hz AMOLED display, the same Snapdragon 870 SoC with 5G support, and 64MP triple cameras. The only area where the Realme GT Neo 3T has a slight advantage is in the battery department, where it offers a slightly larger 5000mAh unit.